Diversity in terms of gender, culture, age or other characteristics is a strength for any business today. Sodexo Benefits & Rewards Services embraces diversity everywhere it operates. To reflect the needs of a diverse global market, companies need to encourage diversity and inclusion within their own organizations. Along with creating a more representative workforce, diversity also helps to build a more successful company. A two-year research study by Deloitte shows that companies who embrace diversity and inclusion in all aspects of their business statistically outperform their peers. Deloitte’s findings are in line with research [2] carried out by Sodexo that highlighted the business benefits of gender equality. Workplaces that are gender-balanced show a higher employee engagement (+4 points), a stronger brand image (+5 points), increased gross profit (23%) and consistently higher organic growth (13%). At Sodexo Benefits & Rewards Services, embracing diversity of age, gender, nationality, culture and personal characteristics is part of the Group’s culture and a key driver of its growth strategy. In 2017, external recognition of the Sodexo Group’s commitment included a place in the top 10 of DiversityInc’s Top 50 Companies for Diversity - for the ninth consecutive year. Today, 45% of Sodexo’s managers and 53% of all employees are women, with career development for women at senior management level supported by 15 gender networks in 14 countries. Along with the international policies deployed by Sodexo Benefits & Rewards Services, numerous initiatives are carried out at country level. In Brazil, a series of talks by guest speakers, staff social events and personal care sessions were held in March to coincide around the date of International Women’s Day, with the company’s print and online media also focusing on women’s issues during this time. Meanwhile, a research paper entitled “Gender (In)equality in the job market” and an accompanying press release were published by Sodexo in Portugal to mark the day itself. Other, year-round initiatives are tailored to the local environment, such as Immersion 45+ in France to help the unemployed and disadvantaged into the world of work, the Diversity Club in Morocco, and Odyssey Mentoring for women with senior management potential in Czech Republic. Clearly, many of these initiatives are designed to provide greater opportunities for women and for people with disabilities. 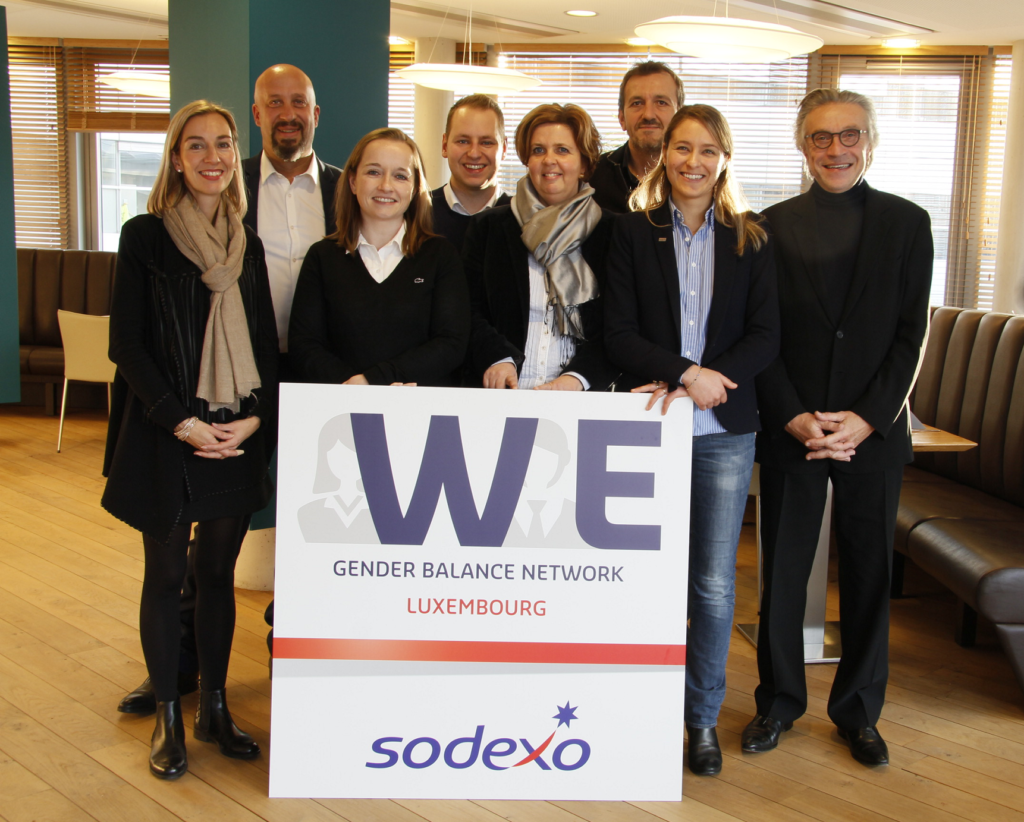 Luxembourg Case Study :  Sodexo Benefits & Rewards Services works with the Sodexo Luxembourg diversity network, we@sodexo, their slogan being ‘Toutes et tous ensemble, ne faisons pas les choses à moitié !’ (‘Working together, let’s not do things halfway!’). Created in 2016, the network is open to all Sodexo employees and implements a number of initiatives designed to break stereotypes in the workplace, change the ways we think and see things and promote a healthy work-life balance. We@sodexo also serves as a vehicle for the group’s diversity and inclusion policy by offering advice for employees and supporting high-impact initiatives. With this in mind, the network gives employees the opportunity to voluntarily switch roles for a day every year, regardless of their background and training, seniority, age, gender or position within the hierarchy. The initiative is designed to break down the stereotypes associated with certain professions by enabling employees to familiarise themselves with all of the different roles within the company and is part of an approach that reflects the values that the Sodexo Group advocates, namely a sense of service, team spirit and a sense of progress. The initiative was also honoured with a Diversity Award Lëtzebuerg in 2017. Sylvie Favaut, Director of Sodexo Benefits & Rewards Services in Luxembourg and network sponsor, expresses her commitment: “When I heard that Sodexo had signed the IMS charter in Luxembourg and that it was considering creating a network with this in mind, I thought I had to take this opportunity to do my bit, because I am a firm believer in diversity within companies and I believe in equality between men and women, regardless of their gender, sexual orientation, etc., and we all need arms and brains to defend and promote these ideas and values with regards to diversity as best as we can. Within the professional sphere, I am committed to promoting diversity by encouraging as much communication as possible between individuals and I interact with my colleagues a great deal in an attempt to find solutions and create new things. I try to understand them and listen to them and to instigate a whole host of initiatives with the aim of moving the team forward where our various projects are concerned. I adopt a very participatory style of management and I like to be challenged by different opinions that I listen carefully to and examine in detail before making a decision. When it comes to recruitment, for example, I try to be as objective as possible so that I can make the best choice for the company and not base the choice on personal attributes”.   [2] Sodexo Gender Balance in Management Case Study